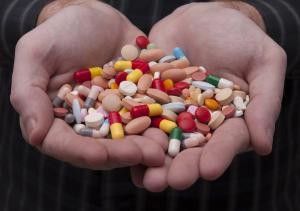 Since 2013, there have been more than 19,000 reports of complications from ADHD drugs, most of which are stimulants made to the U.S. Food and Drug Administration (FDA), according to a Milwaukee Journal Sentinel/MedPage Today analysis.

Parents are not being told the dangers associated with psychiatric drugs and as a result they may too easily give permission and regret it much later.”
— Diane Stein, President of CCHR Florida

CLEARWATER, FLORIDA, USA, May 23, 2019 /EINPresswire.com/ — Alarmed at the significant number of children prescribed psychiatric drugs, the Citizens Commission on Human Rights (CCHR), a non-profit mental health watchdog dedicated to the protection of children, will host a seminar for parents on Wednesday the 29 of May about psychostimulants, the dangerous side effects of these drugs and the potential for drug addiction. Jason Good, the public executive of a successful drug rehabilitation center, will deliver the seminar. He will speak on how being labeled with ADHD as a child led to his illegal street drug use and narcotics addiction at the age of 15. The seminar will be held at the headquarters for CCHR Florida in downtown Clearwater.

“Parents are not being told the dangers associated with these drugs,” said Diane Stein, President CCHR Florida. “Lacking information, they may too easily give permission and regret it much later.” Ms. Stein further elaborated that in the US today, approximately 7.2 million children between the ages of 0 to 17 are prescribed psychiatric drugs, and almost half have been labeled with Attention Deficit Hyperactivity Disorder (ADHD). This labeling represents a billing code that has come under increasing criticism for diagnosing normal childhood behavior as a “mental disorder”.

The psychostimulant, methylphenidate, also known as Ritalin, is one of the drugs prescribed to children who have been labeled as ADHD and comes with such side effects as nervousness, agitation, anxiety as well as psychosis. [1] Methylphenidate is a Schedule II drug, which means the U.S. Drug Enforcement Administration (DEA) classifies it as having a high potential for abuse. At the same time, the DEA warns that methylphenidate produces many of the same effects as cocaine and that psychotic episodes and severe psychological addiction have been associated with its use. [2]

About CCHR: Initially established by the Church of Scientology and renowned psychiatrist Dr. Thomas Szasz in 1969, CCHR’s mission is to eradicate abuses committed under the guise of mental health and enact patient and consumer protections. L. Ron Hubbard, founder of Scientology, first brought psychiatric imprisonment to wide public notice: “Thousands and thousands are seized without process of law, every week, over the ‘free world’ tortured, castrated, killed. All in the name of ‘mental health,’” he wrote in March 1969. For more information visit www.cchrflorida.org