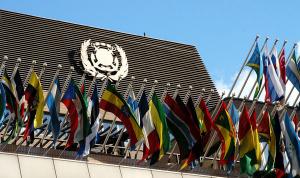 Our work with stakeholders demonstrates there is pent-up demand for a low carbon fuel that can help owners meet their 2030 emission reduction targets at a fraction of the cost of an LNG powered vessel”
— Chris Chatterton, MI Chief Operating Officer

SINGAPORE, November 9, 2020 /EINPresswire.com/ — The Methanol Institute (MI) has welcomed the adoption by the International Maritime Organization's Maritime Safety Committee of interim guidelines on the use of Methanol as a marine fuel.

The guidelines enshrine ethyl and methyl alcohols as options for marine fuel; a milestone the institute believes will be catalyst for more ship operators to consider Methanol as a low carbon compliance option.

The approval is significant given the industry focus on transparency around vessel emissions data reporting, the possible inclusion of shipping in the EU ETS, the Sea Cargo Charter and regulatory pressure to tighten ship efficiency under the proposed EEXI.

The Methanol Institute notes growing interest among owners and operators seeking a cost-effective solution to cutting carbon emissions quickly and embracing renewables in the longer term. The Institute is also working with shipyards to develop standard vessel designs for ships powered by Methanol.

12 Methanol powered chemical tankers constructed to equivalent class rules are already in operation with another 10 on order and the new guidelines should shorten the time to approval and even lower the cost of constructing tankers, bulkers and containerships using Methanol as fuel. The first bunkering Technical Reference for Methanol was published recently by Lloyd’s Register and MI, as fuel suppliers are gearing up to increase capacity for Methanol bunkering volumes.

“Our work with shipowners, class societies, flag administrations and bunkering providers demonstrates there is pent-up demand for a low carbon fuel that can help owners meet their 2030 emission reduction targets at a fraction of the cost of an LNG powered vessel,” says MI COO Chris Chatterton. “With new Methanol guidelines the industry truly has a choice that can help start to reduce emissions with the regulatory certainty it needs.”

The approval comes as research by IEA-AMF suggests conventional methanol can be a significant bridge fuel, lending itself as a base for increased blending of Bio-Methanol or Renewable Methanol going forward. As the simplest alcohol with no carbon-to-carbon bounds, Methanol has a 4:1 hydrogen to carbon ratio, which also makes it the main candidate for utilization as a hydrogen carrier, for example, in fuel cells.

About the Methanol Institute

The Methanol Institute (MI) is the global trade association for the methanol industry, representing the world’s leading producers, distributors, and technology companies. Founded in 1989 in Washington DC, MI now represents its members from five offices around world in Washington DC, Beijing, Brussels, Delhi, and Singapore. MI serves its members as the voice of the methanol industry, representing companies within the membership to governments and businesses around the world to promote the sustainable growth of the industry. MI focuses on advancing the utilization of methanol as a clean fuel in energy-related applications such as land & marine transport, power generation, fuel cells, industrial boilers, and cook stoves. MI also supports sustainable and renewable process to produce methanol as a carbon-neutral chemical and fuel.