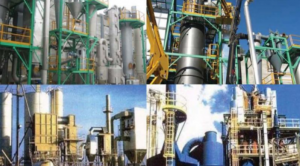 Meir Itaev on Benefits of Gasification For Urban Communities

LOS ANGELES , CA, UNITED STATES, November 12, 2020 /EINPresswire.com/ — Renewable energy has become one of the hottest buzz terms around, and for good reason. Someday, the world may run out of oil and other non-renewable energy sources. In fact, when we use oil and the like, we deny future generations the opportunity to use those resources. Renewable energy sources, however, are replenishable, ensuring supply both now and in the future. That’s part of why Meir Itaev (who also goes by Michael Itaev) is busy working on gasification projects.

“Renewables are important not just for the now, but also the future,” Meir Itaev argues. “Through gasification, we can convert biomass and some other substances into carbon monoxide, hydrogen, and carbon dioxide. This creates synthesis gas which can be used as a fuel source.”

Urban areas produce a lot of biomass in the form of trash and other things. As of right now, much of that biomass ends up rotting away in landfills, adding no value and creating a burden for urban communities. Meir Itaev is working on gasification projects, including a project in Mexico City, that will turn biomass destined for landfills into a useful renewable energy resource.

“One person’s trash is another person’s treasure,” Meir Itaev notes. “That saying is perhaps a bit overused but it really sums up urban gasification projects that focus on converting municipal waste into a renewable energy source. Instead of landfills being a nuisance, they can be renewable sources of energy.”

Gasification projects may be able to convert mounds of trash into energy, powering cities. Take Mexico City. The urban area is home to roughly 21 million people and nearly 9 million live within the city limits. Despite efforts by Mexican authorities, trash continues to pile up at alarming rates. Air quality is also often poor. Meir Itaev believes gasification is the future for Mexico City and other large urban areas.

“I know a lot of Mexican public officials are worried about pollution. Yet in a massive city like Mexico City, waste is going to pile up," Meir Itaev explains. "This will impact air quality and landfills require a lot of space. Through gasification, we can clear out landfills and reduce pollutants in the air.”

Protecting the environment may improve health. The World Health Organization estimates that roughly 4.6 million people die each year due to poor air quality. Gasification may improve air quality, which in turn could save lives.

“I love the environment, and that’s a big driver for gasification. People are important too, however. Through gasification, I aim to improve air quality in places like Mexico City,” Meir Itaev says. “This could save lives by reducing cancer rates and addressing other issues.”