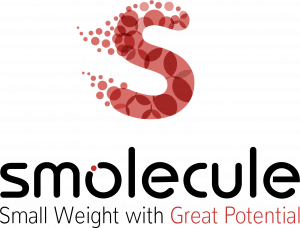 Some small molecules that target the mTOR signaling pathway have already undergone or approved for clinical trials for treating tumors. Smolecule.

AUSTIN, TX, UNITED STATES, January 7, 2021 /EINPresswire.com/ — Intracellular signaling pathways collect and transduce extracellular signals into cells, which affect cellular proliferation, growth, and metabolism. The mechanistic (mammalian) target of rapamycin (mTOR) is one of these signaling pathways, which regulates a number of important physiological functions, and in the brain, it is clearly involved in cell proliferation, growth and survival, protein synthesis, neuronal morphology, and cortical development. mTOR belongs to the family of phosphatidylinositol-3-kinase-related kinases (PIKKs). Members in this family are large in size (>2,500 amino acids) and harbor a kinase domain at their C-terminals that shares sequence similarity to phosphatidylinositol-3-kinase (PI3K). The PIKK family includes ataxia telangiectasia mutated (ATM), ataxia telangiectasia- and RAD3-related (ATR), human suppressor of morphogenesis in genitalia-1(hSMG-1), and the catalytic subunit of DNA-dependent protein kinase (DNA-PK).

Considering different roles that mTOR complexes play in several cellular processes including growth, proliferation, and metabolism, deregulation of the pathway is expected in pathological conditions such as cancer. Small molecule inhibitors of mTOR can be divided into allosteric (e.g. everolimus, sirolimus, temsirolimus, ridaforolimus, zotarolimus), in which most of them have the molecular weight of approximately 1000 Da, and the second group is known as non-allosteric/ATP-competitive inhibitors. The second group has also been classified as selective mTOR and dual-mTOR/PI3K inhibitors.

Due to the prevalence of mTORC1 activation in human cancers, there has been an on-going interest in mTORC1 inhibitors for the treatment of a wide variety of cancers, including solid carcinomas and sarcomas, as well as those of hematopoietic origins. These inhibitors include rapamycin and its analogs (rapalogs), which act through allosteric mechanisms, and more recently, mTOR kinase domain inhibitors, which inhibit both mTORC1 and mTORC2. Rapamycin is the prototype of the first generation of mTOR inhibitors which is a macrocyclic lactone that contains two binding moieties that are essential for its action. One moiety binds to FKBP12, a small cytosolic protein that displays peptidylprolyl isomerase activity. binding with FKBP12 allows it to interact with its mechanistic target, mTOR, to form a ternary complex. The rapamycin-FKBP12 dimer binds to mTOR in a region (FKBP12-rapamycin binding domain) that is outside of the kinase domain. As such, the binding itself does not inhibit the kinase activity of mTOR. It is believed that the binding interferes with the association of the kinase with its substrates, although the precise mechanism remains to be elucidated.

Rapamycin is poorly water-soluble, which affects its bioavailability. So far, several water-soluble rapamycin analogs including deforolimus, everolimus, sirolimus, temsirolimus, and zotarolimus have been developed. For example, temsirolimus and everolimus exhibit tumor-suppressive effects in vivo. Both temsirolimus and everolimus have been used to treat advanced renal cell carcinoma (RCC) in the clinic. Moreover, everolimus is prescribed for treating pancreatic neuroendocrine tumors and advanced breast cancer. Given the specificity of the drug and its potency in anticancer activity in many preclinical models, it was hard to imagine the need for new types of mTOR inhibitors. However, the clinical application of rapalogs in cancer treatment has so far met with limited success.

Selective-mTOR inhibitors are the second generation of inhibitors that bind to ATP-binding sites in the kinase domain of mTOR. Several selective-mTOR inhibitors have been produced (such as XL388, Ku-0063794 and torkinib), and some of these agents are in the early stages of clinical trials. Tumors that are addicted to the mTOR signaling pathway may be sensitive to this kind of inhibitor. Unlike rapalogs, ATP-competitive mTOR inhibitors can not only arrest cell growth, but also induce apoptosis. One of such compounds is PI-103, a pyrimidine derivative, which was originally developed as a pan-PI3K inhibitor but was subsequently found to inhibit PI3K-related kinases, including mTOR. Several other inhibitors were developed based on the structure of PI-103, including GDC-0980, GNE-493, GNE-477 and PF-04691502.

Although inhibition of mTORC1 and mTORC2 can downregulate Akt S473 phosphorylation, mTOR inhibitors may paradoxically enhance the PI3K/PDK1 axis. Thus, an inhibitor targeting both PI3K and mTOR may have better anti-cancer activity compared to targeting mTOR alone. Due to the similarity between PI3K and mTOR, some chemicals can inhibit both PI3K and mTOR. NVP-BEZ235 (dactolisib) inhibits the activity of multiple class I PI3K isoforms, mTOR and ataxia telangiectasia, and Rad3-related protein (ATR) and has potent anti-cancer activity. Notably, NVP-BEZ235 can penetrate the blood-brain barrier after systemic administration. Therefore, it can be used to treat glioma and reverse temozolomide resistance. In addition, NVP-BEZ235 can suppress paclitaxel-resistant gastric cancer, which exhibits increased PI3K/mTOR activity.

The discovery of TOR in yeast and mTOR in mammals is a fundamental breakthrough in understanding cell and organism growth, metabolism, and diseases. In recent years, several magnificent progresses have been achieved in our understanding of the signaling pathways with the central role of mTOR molecules. mTOR molecules play important roles in various processes in both normal and pathologic situations. Deregulation of different elements of the mTOR pathway has been reported in many types of cancers. The identification of the critical roles of mTOR and its regulators in tumorigenesis has driven the development of the ever-growing list of mTOR inhibitors. While some of the mTOR inhibitors have been approved to treat cancer patients, more mTOR inhibitors are under check to fulfill their promise for cancer therapy.