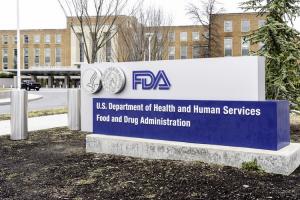 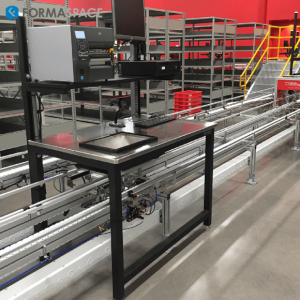 We built this workstation with stainless steel top and custom scale cutout for a major pharmaceutical provider. To increase space efficiency, it also includes built-in provisions for monitors and printers.

Find out if the Medical Device Single Audit Program (MDSAP) will eventually emerge as a global standard for regulating medical devices.

It’s hoped that as the program develops, national regulatory authorities will be able to coalesce their requirements around MDSAP to create a uniform world standard for medical device regulation.”
— Formaspace

AUSTIN, TEXAS, UNITED STATES, March 8, 2021 /EINPresswire.com/ — The agency at the US Food and Drug Administration (FDA) that is responsible for medical device regulation, the Center for Devices and Radiological Health (CDRH), is becoming more open to accepting the global compliance regulations developed by the International Medical Device Regulators Forum (IMDRF).

In fact, the FDA is one of 10 active members of IMDRF that are driving the effort toward creating a uniform set of global standards that will allow manufacturers to certify medical devices for sale in the countries of all the participating members. (To learn more about their goals, you can review the IMDRF’s 2021-2025 strategic plan here.)

How far are we from achieving this goal of a single world standard for medical devices?

The answer is things are moving along at pace.

The IMDRF launched their Medical Device Single Audit Program (MDSAP) as a pilot program to create a uniform world regulatory standard in 2014, and it came into operation in 2017.

Medical device regulators in five countries (including the US and Canada) are active participants helping to drive the new standards.

But There Is A Sticking Point: EU Medical Devices Regulators Are Only Official Observers Of The MDSAP Initiative, Not Active Members

It’s hoped that, as the program develops, additional national regulatory authorities will be able to participate and coalesce their requirements around MDSAP to create a uniform world standard for medical device regulation.

Unfortunately, at the present time, this still excludes the world’s biggest marketplace – the EU common market – as well as that of its recently divorced member, the United Kingdom. At this time, the European Union only has Official Observer status, and the UK has yet to join on its own.

This creates a heavy burden for US-based manufacturers who have to comply with FDA regulations governing medical devices here at home and a different standard for medical devices sold in Europe and the UK.

Fill and finish operations at pharma companies work more efficiently with custom industrial furniture from Formaspace. We built this workstation with stainless steel top and custom scale cutout for a major pharmaceutical provider. To increase space efficiency, it also includes built-in provisions for monitors and printers.

Given the enormous size of the EU market, most pharma companies will still want to comply with new EU regulations.

After a year’s postponement, the first of two important new EU Medical Device Regulations (MDR) comes into effect in May 2021. As a result, pharma manufacturers need to finalize their compliance measures now to continue marketing their medical devices throughout the EU common market after May 26, 2021.

In April 2017, the European Commission approved the eventual retirement of the three directives governing medical devices that date back to the 1990s:

Both of these new EU regulations have had a lengthy staged implementation period, with the first regulation (EU 2017/745) having been delayed an additional year (until May 26, 2021) to allow medical authorities to “focus on the Coronavirus,” while the second regulation (EU 2017/746) covering in vitro devices won’t come into force until a year later (May 26, 2022).

Why Are The EU’s MDR And IVDR Regulations Being Updated?

According to the European Union, there are over 500,000 different types of medical devices and in vitro diagnostic medical devices (IVDs) available within the EU market.