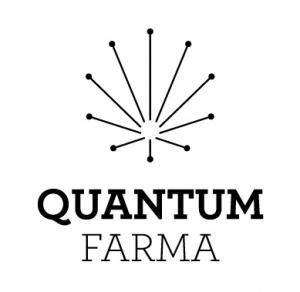 References in the Medicinal Cannabis segment, the companies come together to offer products that raise the effectiveness of palliative care to new levels.

SAO PAULO, BRAZIL, July 30, 2021 /EINPresswire.com/ — Quantum Farma, a UK based company that provides high grade cannabinoid containing products and services to patients in Latin America and other regions, in a strategic partnership with FarmaUSA, a company specializing in the manufacture and import of medicines and a pioneer in Medicinal Cannabinoids in Brazil, promise a milestone in the Brazil's pharmacy market.

Together, on July 28, they launched two innovative drugs at an exclusive online event for more than 600 doctors: Medrosan Forte, which has a high concentration of THC, and Medrosan Extra, which includes cannabigerol, a new type of cannabinoid whose prescription is growing worldwide.
Organically produced, MEDROSAN Forte and MEDROSAN Extra are originated from pure genetic seeds, developed by Swiss company Medropharm and audited by the Swiss Medicines Agency, from the seed to the bottle.

MEDROSAN Forte combines Cannabidiol (CBD) (75mg/ml) and Tetrahydrocannabinol (THC) (9mg/ml), cannabinoids with very high therapeutic potential (CBD:THC 8:1). It is one of the highest dosages of THC in a Full Spectrum cannabis product in Brazil, entirely produced in the pharmaceutical area in Switzerland. Studies around the world have demonstrated the potential of such a product as an adjuvant in the treatment of symptoms related to chemotherapy, contributing to the relief of pain, nausea and loss of appetite, as well as in symptoms in fibromyalgia and palliative care.

MEDROSAN Extra, on the other hand, presents Cannabigerol (CBG) (50mg/ml) + Cannabidiol (CBD) (12.5mg/ml) (CBG:CBD 4:1). It is a medicinal cannabis product that, although THC-free, is Full Spectrum as it comes from a plant with pure genetics, which produces undetectable amounts of THC and contains CANNABIGEROL, the cannabinoid that is fast gaining market share and popularity within the scientific community. Its formulation combines CBG and CBD, in synergy, in addition to being THC-free. Among the possible applications are: anti-inflammatory (in this respect, much more powerful than cannabidiol) and powerful muscle relaxant, in addition to being ideal for people who cannot use THC.

“Quantum Farma is committed to bringing high quality Swiss GMP medicines to Latin America. We are excited to contribute to the access of Medrosan Forte and Extra in all regions of Brazil”, says Karan S. Madan, CEO of Quantum Farma.

"These releases reinforce FarmaUSA's mission, which is to provide exclusive, innovative and world-renowned treatments for the national territory, contributing to a better quality of life for patients and offering all the support of information and knowledge so that doctors feel safe in their prescriptions”, says Helder Dário Colmenero, Technical Director of FarmaUSA.
—————————————————-
About Quantum Farma
Quantum Farma is a global healthcare company that acts as a distribution agent for pharmaceutical products containing cannabinoids and provides services to patients in Latin America and other regions. The company serves a broad cross-section of patients and consumers by delivering premium quality products and services where they are needed most.
About FarmaUSA

FarmaUSA is a pharmaceutical company founded in 2005 in the USA and has been operating in Brazil since 2013, becoming the first in Medicinal Cannabis, with the purpose of providing humanized access to exclusive treatments for thousands of patients, with innovative and renowned medicines, such as Purodiol, Isodiolex and Nabix. FarmaUSA promotes, with an ethical approach, relevant information to thousands of physicians throughout Brazil and has a strong commitment to all families.

About Medopharm
Medropharm GmbH specializes in the extraction, production and marketing of pharmaceutical-grade and cannabinoid-containing products that actively contribute to the preservation of health and quality of life. All under Swiss Medicines Agency certification.