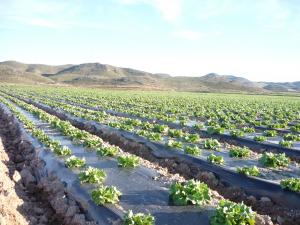 PORTLAND,, OREGON, UNITED STATES, October 13, 2021 /EINPresswire.com/ — According to a new report published by Allied Market Research, titled, "Biodegradable Mulch Film Market by Raw Material Type and Crop Type: Global Opportunity Analysis and Industry Forecast, 2017-2023," the global biodegradable mulch film market was valued at $33,699 thousand in 2016, and is projected to reach at $62,039 thousand by 2023, registering a CAGR of 9.3% from 2017 to 2023.

Do Enquiry for Sample Report@ https://www.alliedmarketresearch.com/request-sample/2974

In 2016, the fruits & vegetables segment accounted for the highest share, and is expected to maintain its dominance during the forecast period, owing to its increased demand resulting from growing population globally.

KEY FINDINGS OF THE STUDY

Asia-Pacific was the leading region in the global biodegradable mulch film market in 2016, followed by Europe
The starch segment generated the highest revenue in 2016, and is projected to grow at a CAGR of 9.2% during the forecast period
The polyhydroxyalkanoate (PHA) segment is projected to witness the highest growth rate of 9.9% during the forecast period
The Asia-Pacific biodegradable mulch film market is anticipated to register the highest CAGR of 9.9%, followed by LAMEA
Europe accounted for approximately two-seventh share in the global market, and is expected to grow at a CAGR of 8.8%.
Do Enquiry before purchasing Report@ https://www.alliedmarketresearch.com/purchase-enquiry/2974

Asia-Pacific and Europe collectively contributed about 68% share of the global market in 2016 owing to the increased consumption of biodegradable mulch film. Also the growing population in Asia-Pacific drives the market.